No Quality Growth Without Civic Freedom: Urging The G20 Leaders To Act on Civic Space In Order to Accelerate Innovation and Economic Progress 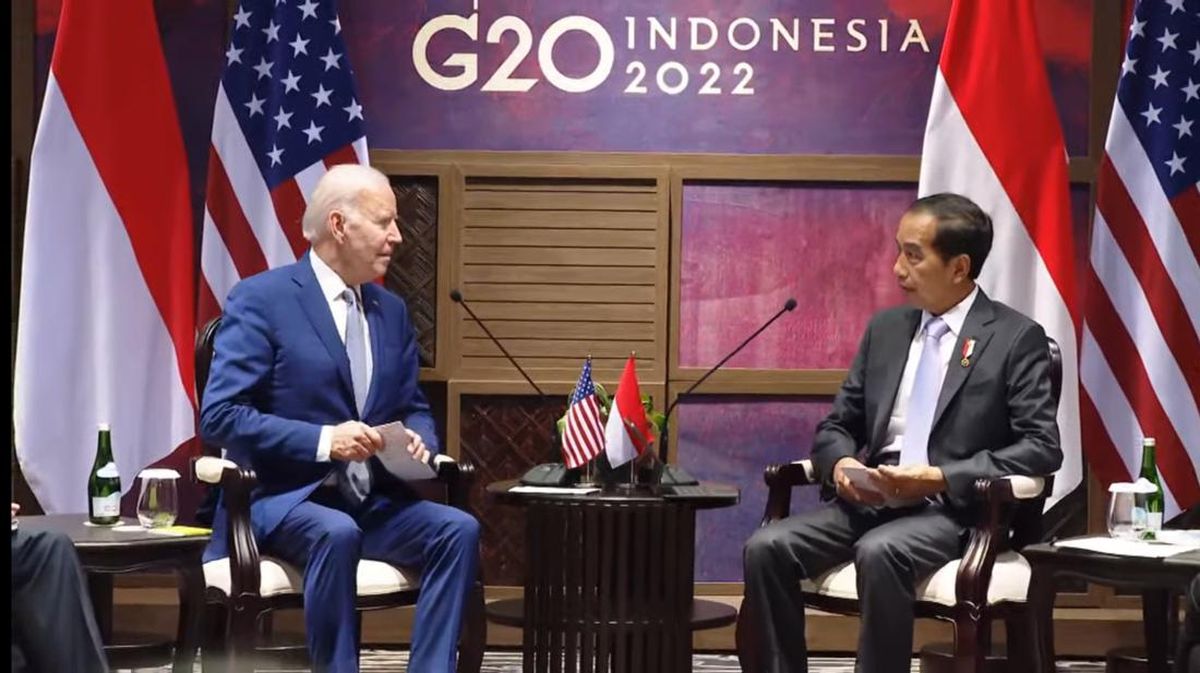 The G20 Summit is reaching its peak on 15-16 November 2022, raising the discourse over the claims by the Indonesian government’s success in holding the presidency this year, with many postulations raised on the feasibility of failure to produce a communique. The communique itself is considered as a document that represents world’s largest economies leaders’ commitments, particularly in addressing the current world peace situation. In responding to the situation, The Civic-Space Sub-Working Group highlight some important notes that need to be taken into serious consideration during the presidency.

Previously, C20 as a G20 engagement group with civil society in the communique has raised four main topics, namely: (1) Just and Inclusive Global Health Architecture, (2) Climate Justice and Just Energy Transition, (3) Tax Justice and Inclusive Sustainable Finance, and (4) Inclusive Digital Transformation. We recognise that aspects of gender equality, protection for disability groups, humanitarian issues, anti-corruption, and civil space are considered to be cross-issue as a prerequisite condition on realizing the four topics. Moreover, the adoption of the protection and expansion of civil space is a monumental step, considering that it was only under this year presidency that the civic space issue could be appointed as part of the C20 working group structure. Nevertheless, the issue also points out several challenges to be tuned in.

Firstly, is to ensure the sustainability of the civic space issue in the next presidency in India, Brazil, and then in South Africa in the C20 structure. To raise, mainstream and maintain the issue of civic space among the G20 countries is highly important as the Economist Intelligence Unit report 2022 mentions that 46% of the global population live in countries with problematic democracies, with the value of world democracy dropping from 5.37 in 2020 to 5.28 in 2021. Specifically, CIVICUS Monitor’s survey in 2021 indicates that only Germany and Canada are categorized to have an “open” civic space.

Reflecting on Indonesia’s situation for successfully giving birth to the Sub-Working Group of Civic Space despite its challenging background, India, Brazil, and South Africa as the successor of the next G20 should see this as a monumental signal to C20. As a connector of global civil society aspirations, the C20 must carry an independent attitude and dare to take initiative without the need to wait or rely on the political will of the G20 priority agenda. Important issues such as civil liberties, disability, and gender inequality need to be addressed and continuously mainstreamed as an affirmative portion so that the C20 can sustain its interventions towards the G20, instead of positioning itself entirely as a stamp of government policy.

Public sentiment towards the G20 is understandable, given the various constraints and challenges that have hampered meaningful community participation. Therefore, the efforts to ensure the sustainability of civic space as a separate working group is essential. The works to open a new channel for all civil society in each C20 presidency in order to consistently collect commitments and measure the realization of the G20 for the issue of expanding civil space must be done, especially considering that more than half of the world’s population resides in G20 countries.

Furthermore, the initiative by the Civic Space Sub-Working Group was also supported by thousands of people from all over the world. Global Citizen, one of the partner organizations to the Civic Space Sub- Working Group, headquartered in New York, managed to collect more than 37.8 thousand petitions containing the urgency that the issue of civil liberties to always be prioritised by encouraging the formation of civic space working groups. In addition to petitions, on the Twitter platform, nearly seven thousand tweets have been voiced by citizens of the world demanding that the G20 prioritising free and open civic space. It should also be noted that the C7, as the G7 partner countries, in their communiqué also gave pressure to form its own working group for civic space issues within the scope of the G7.

Secondly is to ensure the independence of C20 as a stakeholder and as government’s partner for G20 presidency. This element of independence is crucial as the C20 position is not for a decoration of civil societies to support government’s development agenda, but as a collector of peer pressure to control the discourse and realisation of world leaders’ commitment in the multilateral forum. This independence element is essential in distinguishing the work done by the C20 versus the G20. Both technical and substantial independence, carried out by C20 Indonesia is a precedent established since the first C20 in South Korea, in its capacity as an expert, collector of government commitments, translator of various complexes issues through simple language, balancing and collaboration partners.

Lastly, is the commitment to ensure consistency between the statements and actions of the state holding the G20 presidency. During Indonesia’s presidency to the G20 this year, there have been incidents that reaffirmed gaps of implementation in the commitment to protect civil space. Ahead of the summit, several violations of civil space were experienced by activists and other civil society actors. Starting from the prohibition of climate campaign activities to the persecution by parties suspected of being police officials on civil society consolidation activities in Bali. Indonesian government also using the mobility restriction policy made during the pandemic to limit the space for community movement under the pretext of maintaining the conduciveness of the G20 Summit.

These events occurred when Indonesia assumed the presidency of the G20 and shows the absence of the government’s will to translate the commitment of improving welfare and enabling democracy, which actually the goal of the G20. Further, it is also the G20 commitment to recognise the importance of protecting civil liberties as the main elements of the administration of democratic country. As long as civic freedoms are not given equal treatment and recognition by government like any other priority issue, the discourse on global economic recovery raised in the 2022 G20 forum will only be remembered as elitist jargon with no sustainability and support for human rights ideas’.

Deriving from above elaboration, the Indonesian Civic Space C20 Sub-Working Group expressed its stance as follows: