You are here:
Tak Berkategori 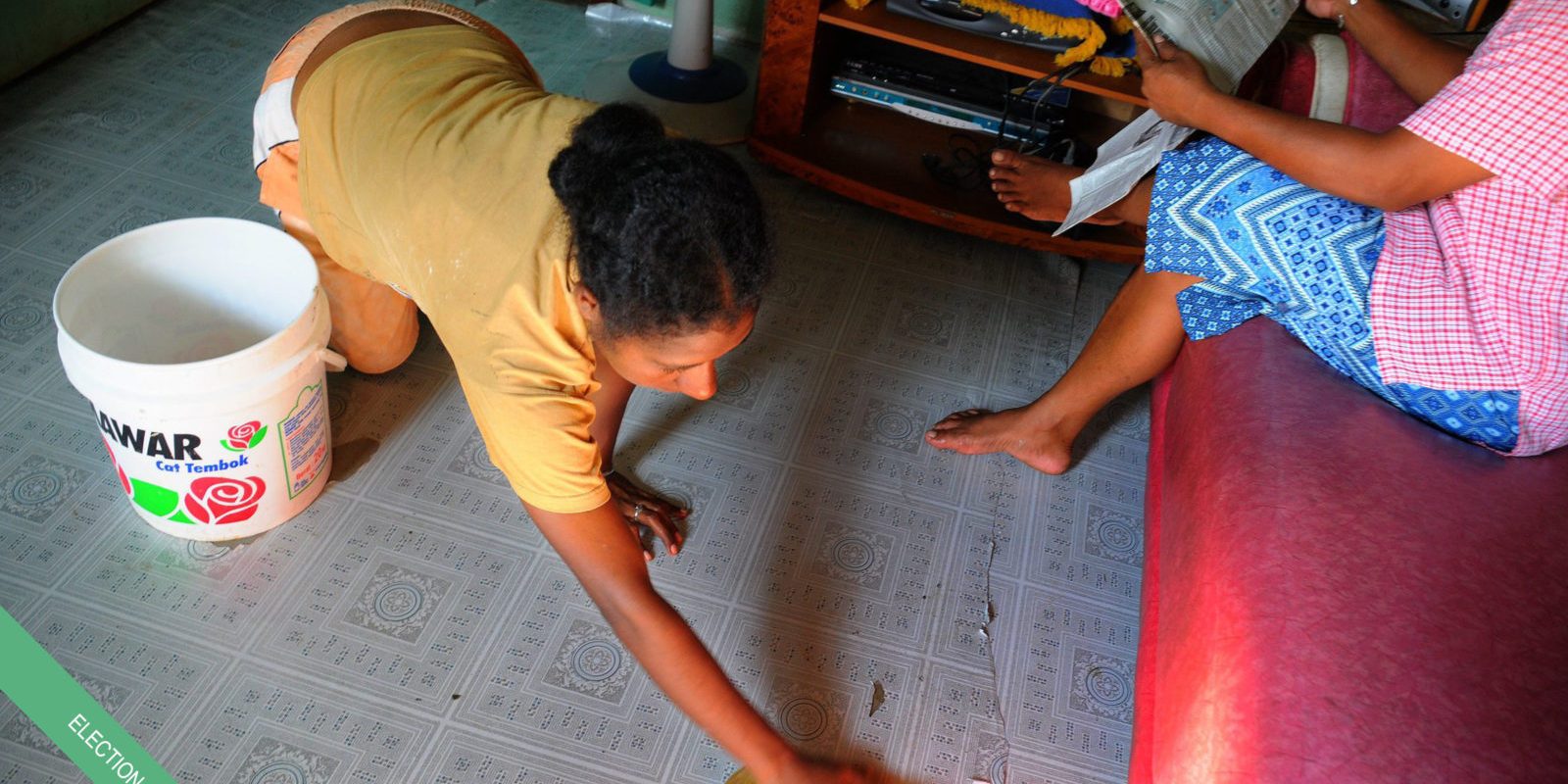 In the recent televised debate between Indonesia’s vice presidential candidates, Ma’ruf Amin and Sandiaga Uno, were asked about the threat of “dehumanisation” of the workforce in the face of Industry 4.0(link is external), the fourth industrial revolution. Both candidates responded by outlining their strategies for raising the quality of human resources in Indonesia, but neither clearly explained how they would protect workers from the threat of dehumanisation. Yet this has long been a problem for formal sector workers in Indonesia, let alone for those in the informal sector.

In industrial relations, dehumanisation refers to the elimination of human dignity. For informal domestic workers in Indonesia, dehumanisation is already a reality. With no baseline set for wages or entitlements, domestic workers have no rights or protection under law. The character of the work — related as it is to the daily routine of the employer, sometimes up to 24 hours a day — makes domestic workers vulnerable to exploitative working conditions, or even acts of violence.

According to the National Advocacy Network for Domestic Workers (Jala PRT), there were 402 cases of violence against domestic workers in 2015, 80 per cent of which did not go beyond a police report. Jala PRT data also show that from January to April in 2016 there were 121 cases of violence against women. The types of violence ranged from economic to physical and psychological. Given the number of domestic workers across Indonesia, there are likely thousands more unreported cases.

The number of domestic workers in Indonesia continues to grow – the International Labour Organization (ILO) puts it as high as 4 million workers in 2015, and rising.

The Indonesian Constitution guarantees every citizen the right to obtain work and earn a decent living wage. This guarantee does not differentiate between work in the formal or informal sectors. It is the responsibility of the government to fulfil the rights of domestic workers, and to ensure their protection under law.

Falling through the gaps

These regulations cover rights like those relating to contracts and defined wages, working hours, breaks, leave, and holidays. But even these regulations have their weaknesses. While they state that domestic workers have the right to demand certain conditions, implementation still depends on agreements between workers and their employers. For example, there is no stated minimum for wages, leave or breaks that can be considered legal rights of workers.

The absence of a baseline for entitlements and the fact that implementation is left up to individual worker agreements means that these regulations provide no practical protection for domestic workers. Workers are often in a weak bargaining position when negotiating the terms of their contract with their employers. With high economic need and a competitive job market, they are often left with no choice but to accept whatever terms are given by their employers, no matter how exploitative they are.

Improvements are needed to the terms and definitions used in laws on domestic workers. Truly protecting the rights of domestic workers will involve regulations on the minimum rights and entitlements of domestic workers, such as rights not yet mentioned in the Manpower Ministry regulation, including freedom of association, protection against violence, and a guarantee of occupational health and safety.

As a first priority, the manpower minster urgently needs to enact changes to the 2015 regulation, as it only mentions rights of domestic workers but includes no provisions that ensure those rights are fulfilled by employers. This law cannot protect domestic workers.

Second, further reform is needed to Indonesia’s national and international commitments. The government must prioritise ratification of ILO Convention 198 on Decent Work for Domestic Workers. A draft law on domestic workers has been before the House of Representatives (DPR) for several years but has gone nowhere. The law would shift the pattern of relations between employers and employees, and would be a critical instrument for the protection of domestic workers. It must be passed as a matter of priority.

If leadership contenders were serious about preventing the dehumanisation of Indonesian workers, the first step would be to provide greater legal protection to the domestic workers that they, like so many Indonesians, rely on.